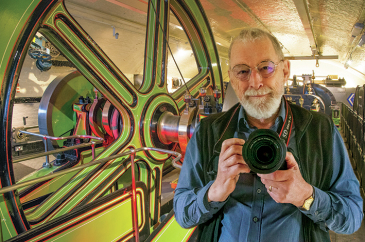 Professor John Hannavy is a photographer, writer, and historian, and has written and illustrated many books and magazine articles on travel, heritage, and photography, all illustrated with his own original images, and on both photographic history and history as revealed through photography, illustrated from his large collection of Victorian and Edwardian photographs.  His work regularly appears in several leading magazines covering all aspects of heritage and travel.

Over the past 50 years, John has travelled all over the world with his cameras taking pictures for a wide range of editorial projects and for his many books. 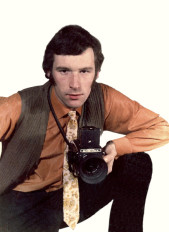 John studied photographic technology in Manchester in the early 1960s and began his professional career as a photographic laboratory technician, before turning to editorial photography. His first editorial commission was in 1969﻿, writing and illustrating travel features for the short-lived motoring magazine High Road, produced by British Leyland. By the end of the decade, his work was being published in a wide range of magazines. It is one of the cruelties of age, that some of his early images – now taken more than half a century ago – are finding their way into his current projects as being of 'historical interest'. 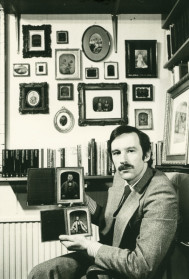 By the 1970s, John was becoming increasingly involved in researching and writing about the history of photography. This led to a commission from BBC Scotland in 1982, to write and present a 4-part series, A Moment in Time,  on early Scottish photography. The series was well received and widely praised. The portrait of John, left, comes from the full page feature on his work which appeared in Radio Times in March 1983 when the series was first broadcast. A 3-part series on early photography in the north-west of England, for BBC Manchester, followed in 1986. A film about Wigan Pier, with Jack Winstanley and Peter Lewis, was also made and broadcast in 1986.

By his own admission, his presenting style looked as though he was doing it at gunpoint, so he declined further offers to appear in front of the tv camera. 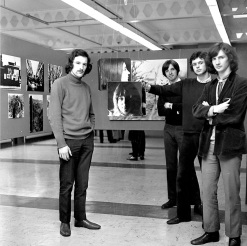 Alongside his editorial career – both in magazines and books – John was pursuing a successful academic career in both researching and teaching photography and photographic history – here is is seen with three of his successful students at their diploma show back in 1971.

Towards the end of his academic career, John was appointed to the Professoriat of the University of Bolton. He had been awarded his Doctorate in photographic history in 1984.

John was elected as the Centenary President of the British Institute of Professional Photography in 2000 – a fitting time to have an historian in the chair – and in 2001 he was awarded a prestigious Winston Churchill Fellowship, which enabled him to fulfill a long-held ambition to retrace the steps of the earliest British photograpers to travel the world with their cameras, resulting in the book Great Photographic Journeys. 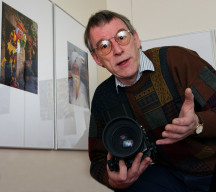 Having elected to take early retirement from the university in 2005 to take on the editorship of the Encyclopedia of Nineteenth-Century Photography, the University Gallery staged an exhibition of John's photography from his Great Photographic Journeys project, and this was later also presented at the Royal Photographic Society's gallery in Bath.

In recent years, John's work has taken on a different focus, and while still researching and writing about photographic history, he is now using photography as a window through which to explore Britain's industrial and architectural heritage. Until the end of 2019, his work regularly appeared in Scotland Magazine and continues to feature in Vintage Spirit, and in his profusely illustrated books on Britain's heritage. Throughout 2020, in addition to the publication of two new books, his work will be appearing in Scottish Islands Explorer magazine, bringing his illustrated features to a new Scottish audience.

To order a copy, use the Contacts page.

Transporter Bridges – an illustrated history was published in hardback and e-book on 03 February 2020 by Pen & Sword Transport Books. The hardback is priced at £30. Click on the book cover, below to log on to Amazon.co.uk where you can see all of John Hannavy's currently available books.﻿